The largest spider found around the world. The body may measure up to 2.5 inches in length with a leg span of up to 4 inches.

Tarantulas have varying shades of brown, from medium to dark. The spiders are very hairy. 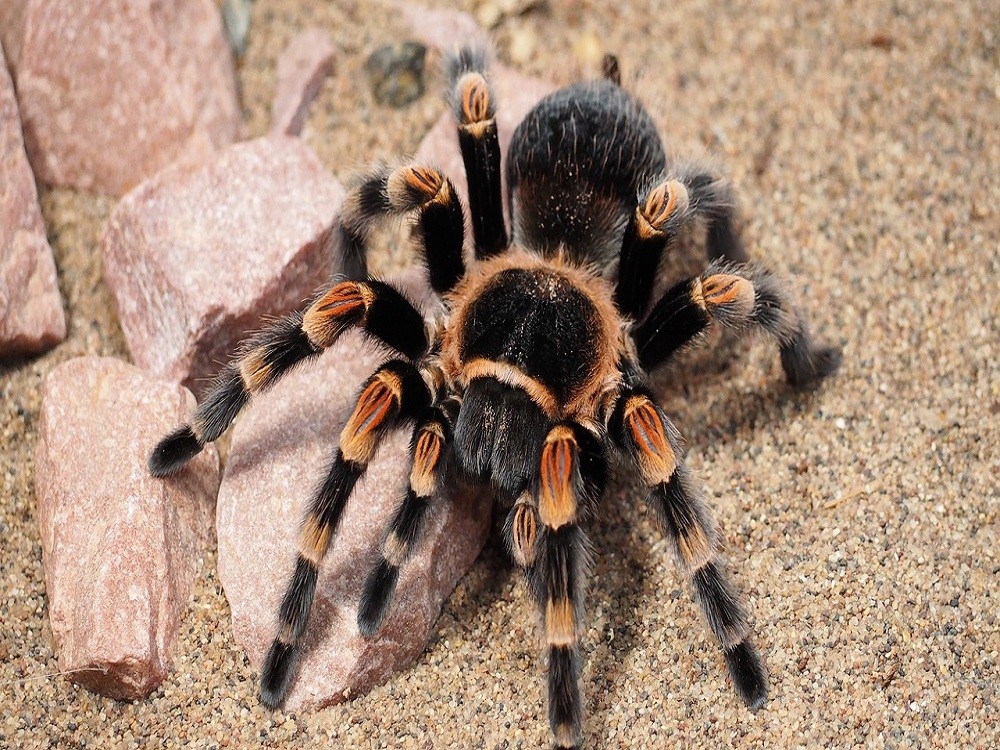 Tarantulas constitute a family of spiders known as Theraphosidae, consisting of about 100 genera and more than 900 species.

While most of us are conditioned to be afraid of these spiders, in reality, tarantulas are fairly harmless. In fact, despite their ill-fame, their venom is not even fatal to adult humans. In fact, much of the notoriety of tarantulas has stemmed from being confused with other spiders that are capable of killing human beings. The most notable example of this is the Brazilian wandering spider, which, though not a tarantula, is often mistaken for one. That said, it is still inadvisable to handle or treat tarantulas flippantly. Though not fatal, tarantula venom can yet be excruciatingly painful for days and can cause, depending upon the particular species, severe muscle injuries, sporadic spasms or, in the case of the African Pelinobius muticus, even hallucinations.

Tarantulas are passive hunters in that they wait near their burrows for insects and other spiders to walk past, then ambush their prey. They live in burrows in the soil and beneath items in contact with the ground, such as stones or logs. It is common in the desert to discover a tarantula burrowed beneath a landscape timber or a flagstone in landscaped beds around homes. They rarely venture far from this burrow, coming out only at night to feed. During the late summer and fall, however, male tarantulas will wander great distances in search of females with which to mate. Occasionally, one of these males will wander into a garage or a home.

As can be seen in the adjoining illustration, tarantulas are spread all over the world; in tropical, subtropical, and arid regions. They can be found in Africa and Madagascar, southern Asia, parts of the Middle East, the Indo-Pacific region, Iberia and parts of southern Europe, Australia, the Caribbean, northern New Zealand and some Micronesian Islands, all of Central and South America, and a large part of the United States. Most theraphosids live in burrows in the ground. However, they may also live in burrows or crevices located on cliff faces, under tree bark, among rocks, or between tree roots. Terrestrial species line their burrows with silk, whereas some arboreal species live in silk structures known as tube tents.

Despite their large size, tarantulas are not dangerous and are typically slow-moving. When discovered, they can be coaxed to crawl into a can or box using a brush, broom or stick to tap them on the abdomen and guide them. Once captured, they should be released into areas away from homes.