Up to 2 inches, but most species are about 1 inch in length. 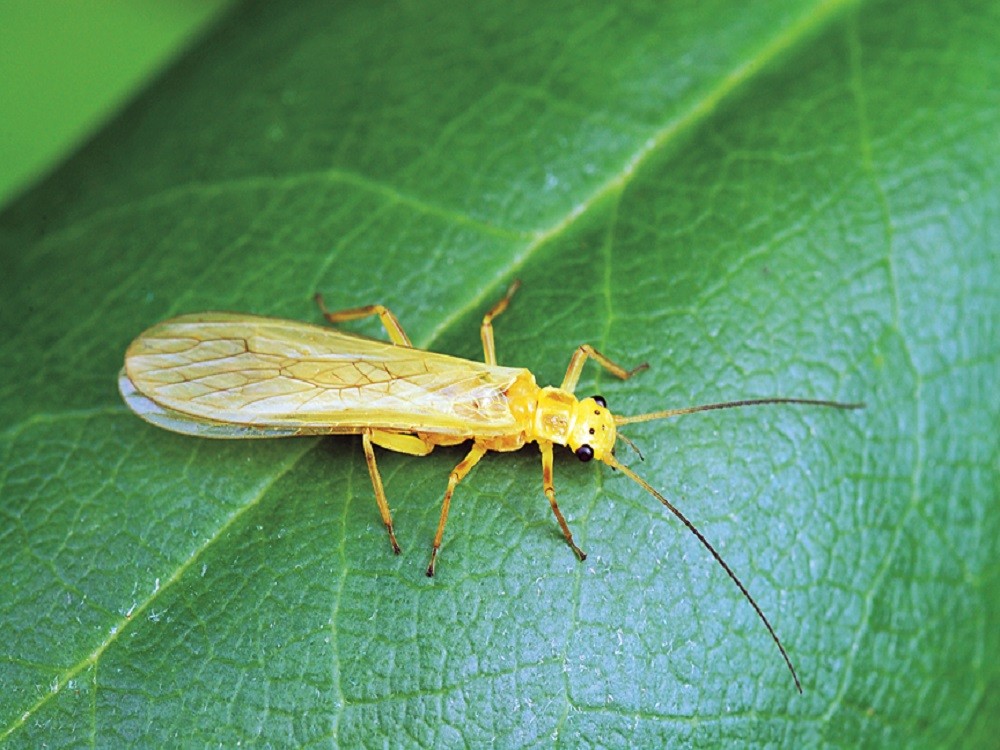 Members of the order Plecoptera are known as stoneflies and are distinguished from mayflies and caddisflies by the four membranous wings being held flat over the abdomen. The antennae are long and thread-like and adults also have two long, thin appendages extending from the tip of the abdomen. As immature nymphs, they are found in streams and rivers where they are important insects in freshwater ecosystems, serving as food for a wide variety of aquatic animals, especially fish. Adult stoneflies emerge during the winter and spring, some species as early as February. Many species fly at night and are attracted to lights.

Stonefly larvae are common inhabitants along the bottoms of rivers and streams. They are important insects to the fly fisherman who will use many variations of artificial flies to mimic stonefly larvae and adults to effectively lure and catch trout.

Stoneflies cannot be controlled through treatments, because they breed in aquatic environments and only become pests when attracted by outdoor lights to buildings. Any emergence of stoneflies should last only a few days. Where these insects are being a problem, exterior light fixtures should be turned off or have yellow “bug lights” bulbs installed. Commercial buildings should use sodium vapour lamps in fixtures rather than mercury vapour lights.