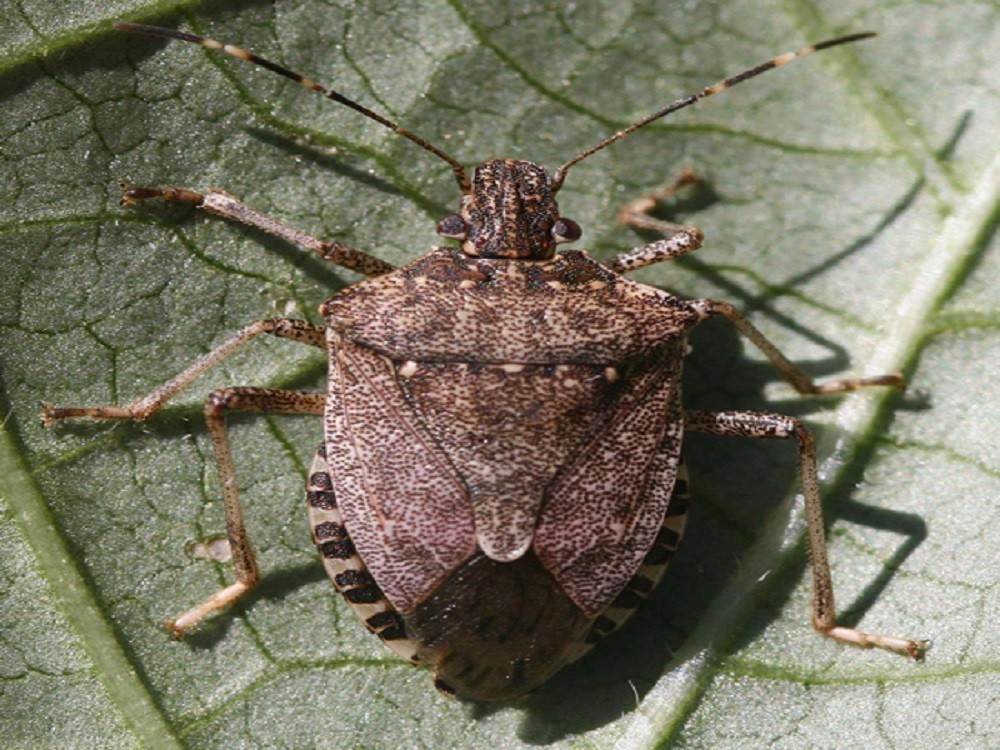 The stinkbug is so-named due to its habit of ejecting an obnoxious fluid from its scent glands. Some species are capable of shooting this fluid up to several inches for protection from predators. A number of species of stinkbugs are known to wander into homes located in rural areas during the summer and fall months. The brown marmorated stinkbug, Halyomorpha halys, is a fairly new species imported from the Far East (e.g., Taiwan, Japan, Korea). It is an ornamental and agricultural pest, which like some stinkbug species find homes and buildings an attractive place to overwinter. Seeing stinkbugs inside on warm winter days is not uncommon. As this species begins to spread, its prominence as an overwintering structural pest will increase.

Outside, stinkbugs feed on many types of plants. They are usually attracted to buildings during the fall seeking a protected, warm site to overwinter. During warm winter days and in the spring, one or more stinkbugs may “awaken” and find their way into the living spaces of the home.

Once inside walls, stinkbugs may be difficult, if not impossible, to totally eliminate. Prevention is the best strategy by sealing exterior cracks and holes on the home’s exterior. Equip vents with tight-fitting insect screens, also. If stinkbugs are already inside walls, you can seal cracks inside and around window and door frames to deny the bugs access to the interior parts of your home. Where large numbers are entering an attic or false ceiling, ask your pest professional to place an insect light trap in the space to help capture most of the bugs before they can enter the rooms below.