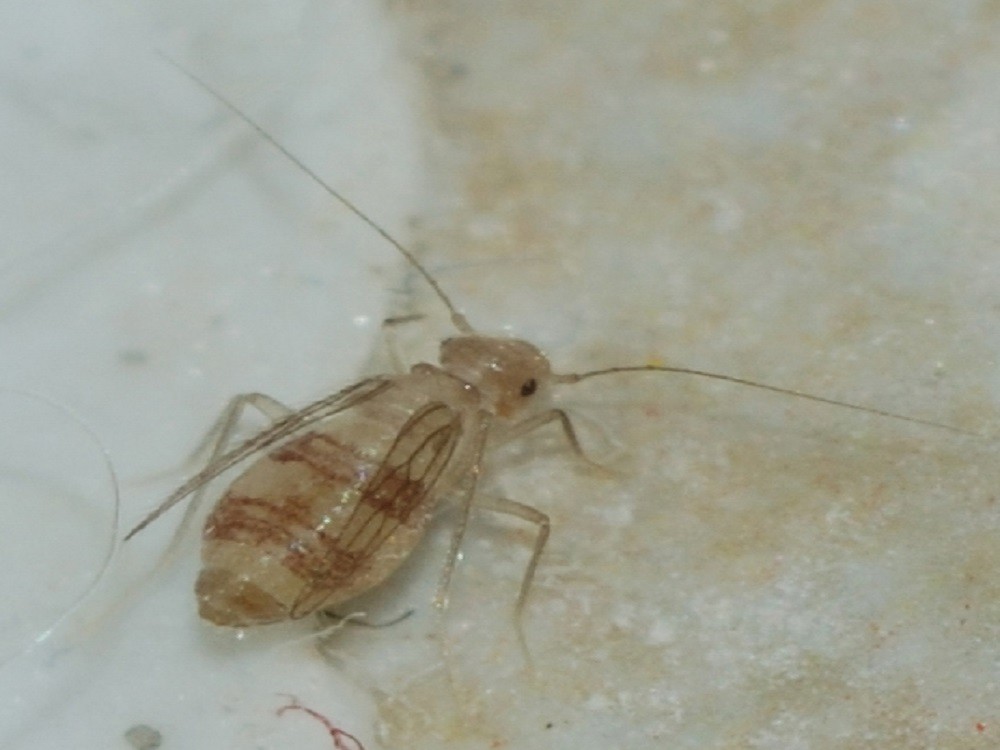 Most psocids live outdoors, have wings as adults and are commonly found on or under the bark of trees. These outdoor species are known as “bark lice.” The psocids found indoors are extremely tiny and difficult to see. They are wingless and are common in moist or damp areas. They are known as “book lice”, because they are often found in association with old books stored in damp conditions such as in a basement. Unlike true lice, however, psocids do not bite and are harmless. Psocids feed primarily on microscopic moulds; therefore, they need to live in moist situations where such moulds can grow. They can be found in most buildings, but are rarely seen in homes as pests. Homeowners, however, may occasionally capture one and ask a pest professional to identify it.

Psocids can be found outside under bark, in logs, under stones and within leaf litter. They occur in houses, warehouses, museums, libraries, in stored foods and many other types of buildings. Psocids prefer damp, warm, undisturbed situations where microscopic moulds thrive.

Total elimination of psocids is unlikely in any building, because they are so small and can exist in any site – no matter how small – where enough moisture exists to support microscopic moulds. It is recommended correcting any conditions where excess moisture exists, such as water leaks or inadequate ventilation. When food items are infested, the item is usually moist and mouldy, and likely unfit for consumption. You should discard infested items and examine other foods stored nearby for infestation.