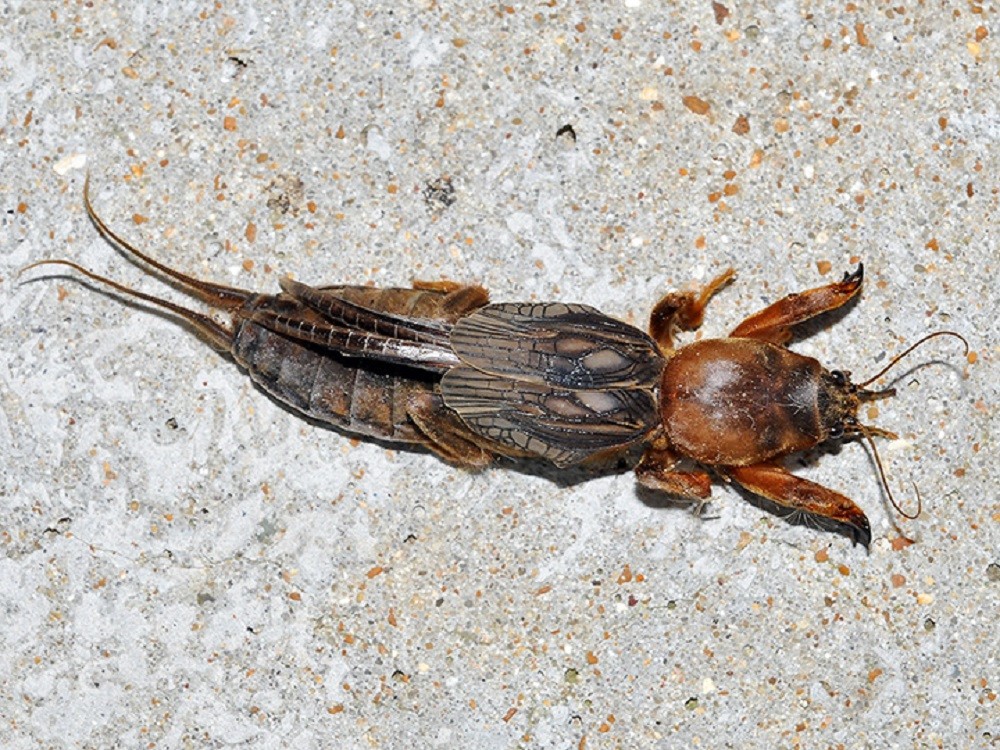 Mole crickets are strange looking insects that are recognized by their large, shovel-like front legs that resemble those of moles. They live in lawns where they dig quickly and actively. Damage to lawns can occur rapidly when large populations are present. Adult mole crickets can fly and are attracted to exterior lights, which brings them into the presence of people. This unusual looking insect often causes concern to some homeowners until they have it identified by a professional. These crickets are nocturnal and most of their lives are spent underground where their burrows can extend as deep as 30 inches. There are a number of common species including the northern or common mole cricket (Neocurtilla hecadactyla), the southern mole cricket (Scapteriscus vicinus), the short-winged mole cricket (S. abbreviatus) and the tawny mole cricket (Scapteriscus acletus). The latter three are introduced species and are originally native to South America.

Mole crickets are serious pests of lawns, particularly on golf courses. The damage is their burrowing activities and they feed on the turf grass root system.

Where mole crickets are found to be infesting lawns, the lawn will need to be treated with a residual pest control product labelled for turf grasses or with mole cricket bait. Usually it is best to consult a lawn care company, as the timing of applications is critical to the successful control of this pest. Where mole crickets are being attracted in large numbers to exterior lights on a home or building, the lights should remain off when not needed or switch the bulbs to a type less attractive to insects (e.g., yellow bug lights or sodium vapour lamps).