Greyish-brown with a white dot that resembles a star in the centre top of the abdomen. 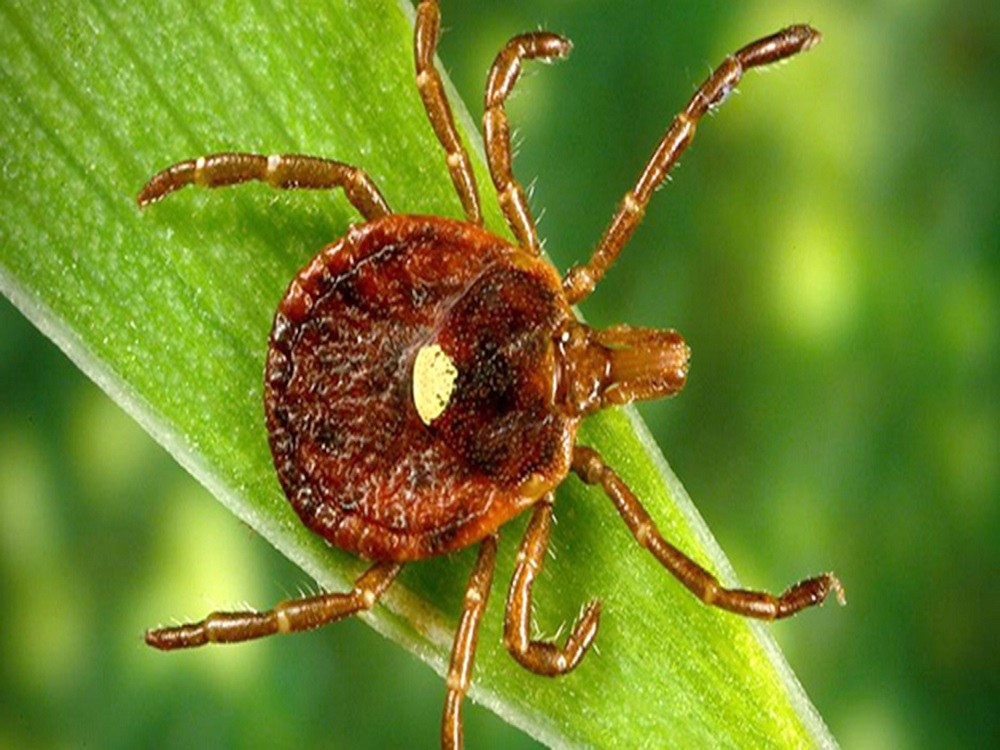 Like all ticks, the lone star tick is a bloodsucking ectoparasite. It is often referred to as a wood tick because it is found in wooded areas where mammalian hosts such as deer, raccoons and possums live. It lives near bodies of water where animals drink as well. Ticks require a blood meal at each stage of life in order to grow, and the female must engorge herself with blood to obtain the nourishment necessary to produce the thousands of eggs she lays. Despite the large number of eggs produced, only a small percentage will make it to maturity. Ticks do not embed their entire head into a host, only the mouthparts. To keep the blood from clotting, the tick will inject an anti-clogging agent.

Bites from this tick, along with other closely related species, can cause a severe reaction, called tick bite paralysis. It only occurs in a relatively small number of people. These ticks can also transmit diseases such as Rocky Mountain Spotted Fever and Lyme Disease.

Important Note: If you develop a reddish rash around the site of a tick bite, suffer arthritis-like pain in one or more joints, or have flu-like symptoms that come and go after recently being bitten by a tick, see your physician. The migrating, “bulls-eye” rash is a key symptom of Lyme Disease and occurs in about 60 percent of people contracting the disease. The rash may not appear as the first symptom. Flu-like symptoms, fatigue, neck and head pain and other symptoms may occur first or in lieu of the rash. Visit the Centre for Disease Control at www.cdc.gov for a full description of this disease.

Lone star ticks frequent wooded areas and fields and are more common around homes and buildings in secluded or rural areas. In some parts, fire ants prey upon lone star ticks. Unlike the brown dog tick, this species is rarely found living indoors. If inside, it will be found on dogs or cats.

Ticks are difficult to control; therefore, the services of an experienced professional are recommended. Treatments may be necessary in areas of the yard where ticks are found. The best way to avoid tick bites is to stay away from tick-infested areas.

 Wear long-sleeved shirts and long pants. Light colours are best so ticks are easier to detect.
 Secure the bottom of pants inside socks or tie close around the ankles.
 Wear a hat.
 Tuck long hair under a hat.
 Use tick repellent applied to clothing, particularly the lower body and the arms.
 Carefully inspect your body after exiting infested areas. Have another person inspect your backside and back of your head.
 Wash clothing in warm water and detergent immediately.
 Never throw potentially infested clothing in a hamper with other clothes or onto the floor.
 Protect pets by preventing them from venturing into tick-infested areas or consult your veterinarian for tick treatment products. Remember, your dog can also contract Lyme Disease.
 Inspect pets carefully for ticks after walking them in wooded areas or fields.
 To remove a tick imbedded in your skin, do not grasp it by the abdomen and pull. You may squeeze its fluids into your skin, which increases the chances for infection. Use a syringe or a fine-tipped tweezers to grasp the tick by the head next to the skin and slowly pull backwards. Working slowly permits the tick to withdraw its mouthparts so they do not detach and remain in the skin and become infected. Once the tick has been removed, cleanse the area well with soap and water. You may want to disinfect the bite site with alcohol or apply an antibiotic cream.