This insect is most often completely green, but there are specimens completely yellowish or with yellow legs. 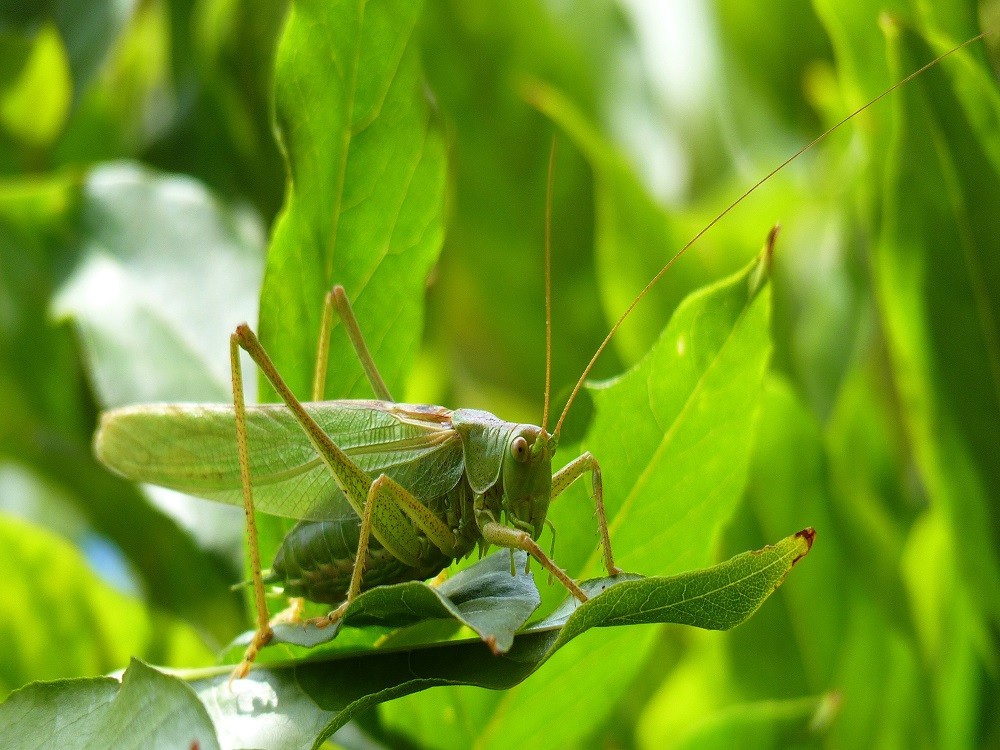 The great green bush cricket is a large predatory cricket, which is carnivorous and arboreal. Its diet is mostly composed of flies, caterpillars and larvae. Unlike many grasshoppers, it is essentially active in day and night, as testified by its endless crepuscular and nocturnal singing. The species can bite painfully, but is not particularly aggressive. It is best to avoid holding the insect in the fist, as that almost guarantees a bite. They can fly, but they tend to avoid flying where possible. Most often they move “on foot” or jumps, which allow them to travel about in bushes and trees.

This species can be encountered in most of Europe, in the east Palearctic Eco-zone, in the Near East and in North Africa, especially in meadows, grasslands, prairies and occasionally in gardens at an elevation up to 5,900 feet above sea level.

Control measures involve mainly insecticide treatments before oviposition if necessary. If pest population is high early season chemical treatment of field margins may be advisable depending on the economic threshold. It is advisable to modify the environment, to take advantage of the vulnerable timing of the crickets or grasshopper’s life cycle to reduce or eliminate pest populations.