The German wasp is about 0.5 inches long.

Colours of black and yellow. 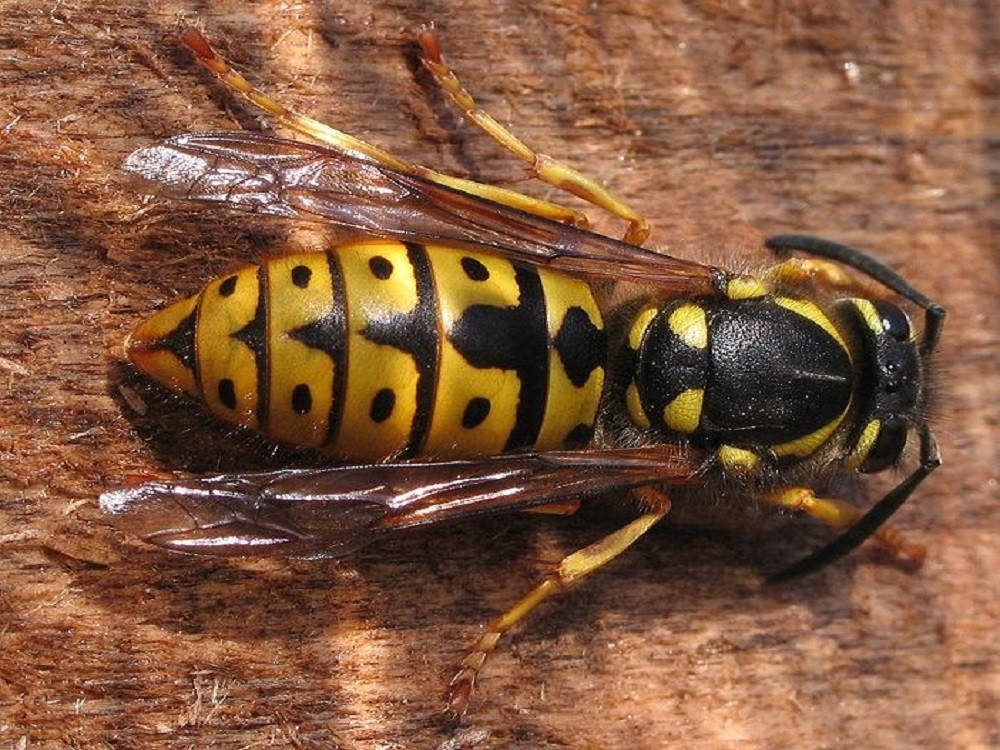 Wasp colonies appear annually with only inseminated queens surviving through the winter. Warm days in April or early May encourage the queen to emerge, select a nest site in protected places like hollow logs, in a stump, under bark, in soil cavities, or in a man-made structure and build a small paper nest in which eggs will be laid.

These paper nests are expanded throughout the summer and can then house 4,000 to 5,000 worker wasps with 10,000 to 15,000 brood cells by late September. In autumn, all wasps apart from fertilized queens die and the nest is abandoned.

Abandoned nests in nature rapidly decompose and disintegrate during the winter. Nests inside structures will persist as long as they are dry. Nests are not used again by wasps, but can be reused by other insects.

Vespula germanica originated in Europe, Asia and North Africa and can now be found in sections of almost every continent.

Avoiding unsafe behaviour around wasps and their nests helps to prevent stings from wasps as they typically only sting when they feel threatened, e.g., by quick movements or when their nests are damaged.

Normal wasp sting symptoms include pain, swelling, redness and itchiness. A person should seek medical attention in the event he or she is stung a number of times or has difficulty breathing or experiences dizziness and nausea.

 Do not panic when you are approached by wasps. Sudden moves often make them feel threatened, resulting in stings.
 If you have been stung, cool the wound by applying ice. Medical advice should be sought, if you have been stung a number of times or have difficulty breathing or experiences dizziness and nausea or allergic symptoms occur.
 If you have a wasp nest at your house, or observe single wasps starting to build a nest, do not try to remove the nest yourself. Call a local pest control professional for treatment and removal of the nest.