Easily recognizable due to its striking red body with two black dots on their back. They also have prominent eyes that seem to come from their shoulders. 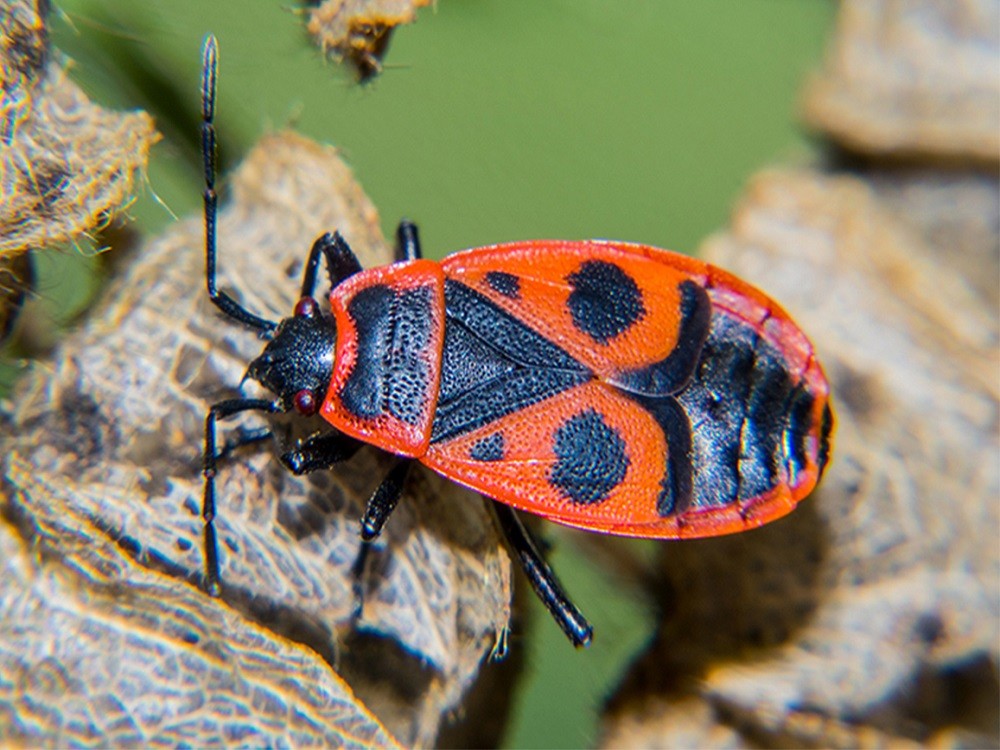 They only eat seeds, so they won’t damage your garden. It also seems unlikely that they will be disruptive to our local ecosystems. They have many predators in Europe, including birds, mammals, ants and mites, and are probably being gobbled up here too.

Firebugs generally mate in April and May. Their diet consists primarily of seeds from lime trees and mallow seeds. They can often be found in groups near the base of lime tree trunks, on the sunny side.

Firebugs are harmless to humans.