Golden brown with darker brown stripes and markings on its thorax and abdomen. 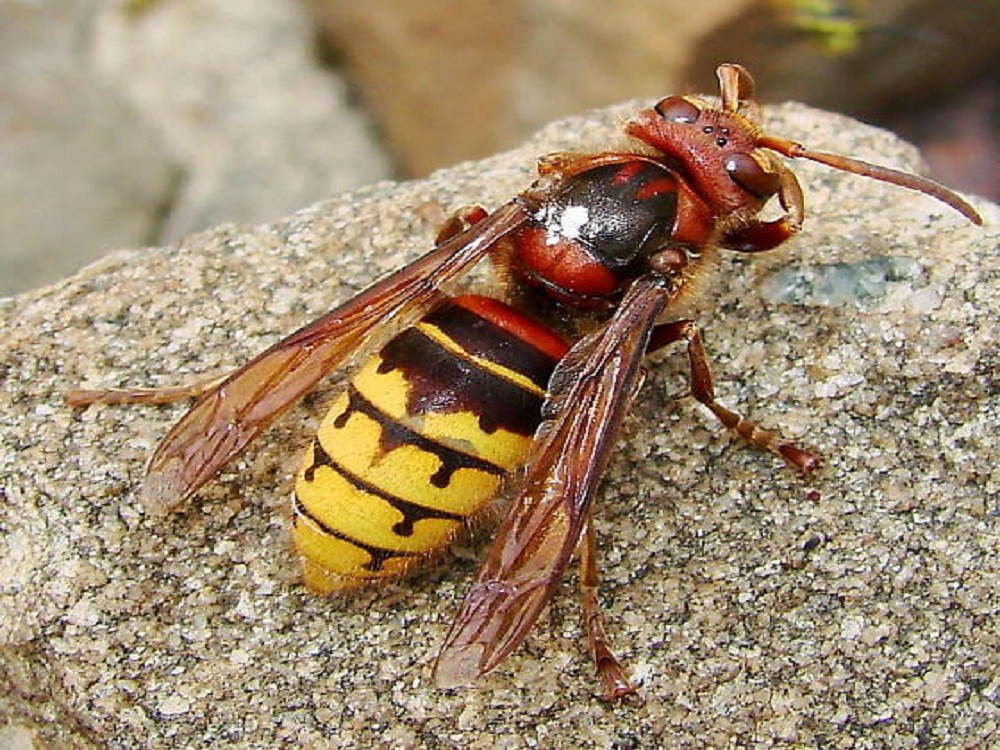 European hornets are social wasps which form colonies that live for one year. Each spring, an overwintering queen will find a suitable nesting site and construct a small paper nest. Inside the nest, she builds a small paper comb in which she raises her first brood of larvae. After these larvae mature into adults, these worker wasps begin nest enlargement and food foraging for the colony. The paper in the nest and the comb are made from bits of wood scraped from logs, bark and even the wood on decks and houses. Like bald-faced hornets and yellow jackets, European hornets aggressively defend their colony if it is disturbed. Loud vibrating noises, such as those from lawnmowers and leaf blowers, can “set off” the hornet workers causing them to sting people and pets. The colonies of European hornets may contain several hundreds of workers by the end of the season.

Like bald-faced hornets, this hornet constructs aerial paper nests usually in trees and large shrubs. European hornets, however, will also nest inside the voids of buildings, usually in an attic or chimney. Nests may also be constructed on the sides of buildings.

Hornets and yellow jackets should only be controlled by an experienced professional. The danger of stings is considerable. Proper protective clothing and equipment are required.