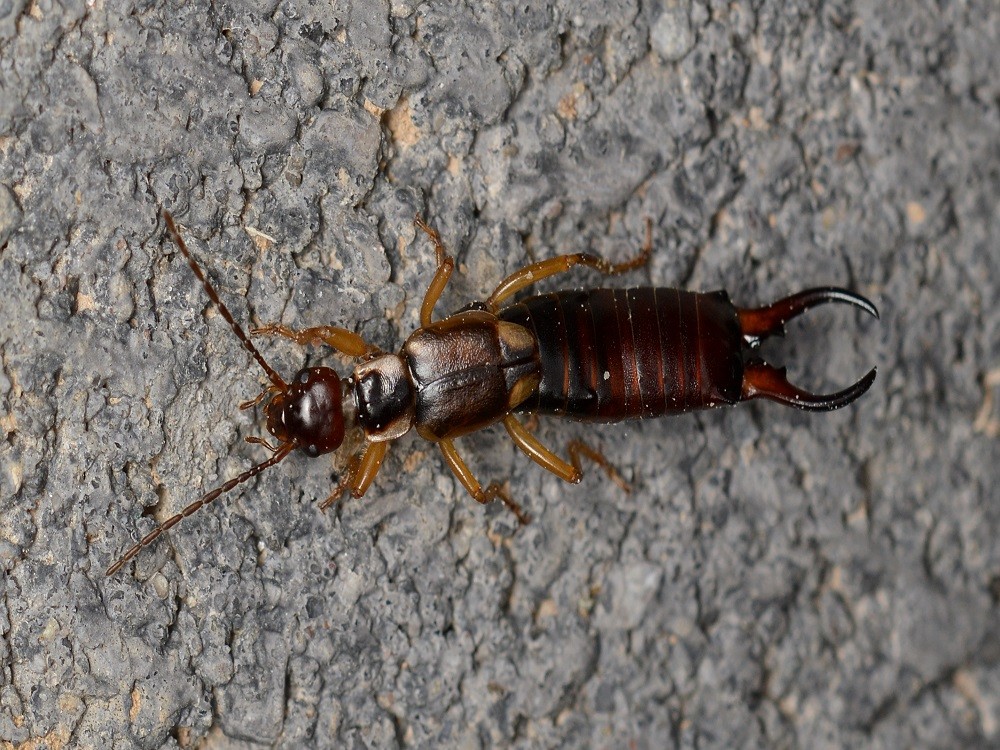 Earwigs are omnivores. Their food typically consists of a wide array of living and dead plant and animal matter, but they will catch and eat other insects too.

For protection from predators, some earwigs can squirt foul-smelling yellow liquid in the form of jets from scent glands on the dorsal side of the third and fourth abdominal segment. It aims the discharges by revolving the abdomen, a maneuver that enables it simultaneously to use its pincers in defense.

Most earwigs are nocturnal and inhabit small crevices, often living together in large numbers in various forms, such as: in tree holes, in small amounts of debris, in landscape mulch, under landscape timbers, bark and fallen logs, and under objects lying on the ground.

Species have been found to be blind and living in caves. They will also harbour in the exterior cracks of buildings from which they may wander inside.

If earwigs are invading your home, long-term relief from these insects is achieved by finding and treating the harbourages outside. The experience of a professional pest control company is helpful in situations where large numbers of earwigs are present.