Soldiers measure 0.375 inch in length; male and female reproductives grow to 0.5 inches long. During the winged stage, there are four equal size wings that extend longer than the body by 0.125 to 0.25 inch. 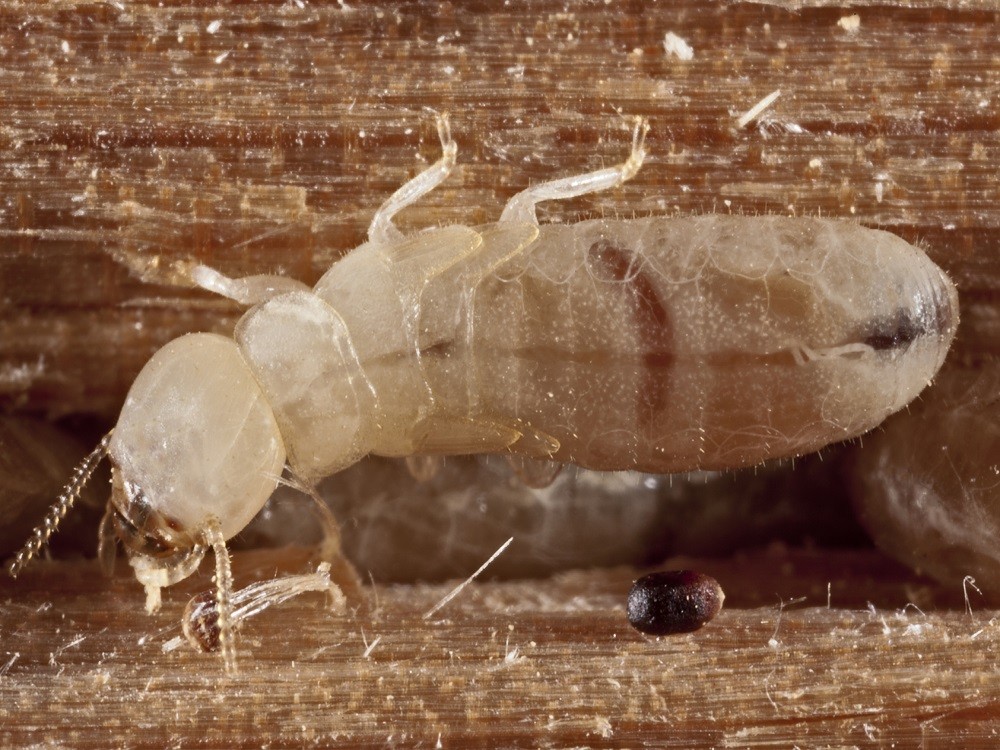 Dry-wood termites are social insects that live in colonies. The colonies are composed of kings, queens and soldiers. There is no worker caste as in subterranean colonies. The work is performed by immature termites before they become adults. King and queen termites perform the reproductive functions of the colony. They are light to dark brown and 0.33 to 0.375 inch in length. Soldiers guard the colony against invaders such as ants. They are pale, cream coloured and wingless with large brownish heads and jaws. The nymphs (immatures), which are the most numerous caste, are pale, cream coloured and wingless. The soldiers and immatures remain inside the wood at all times.

Dry-wood termites infest only in dry wood and are most often found in attic wood framing as they do not require contact with the soil. They obtain moisture from the water produced by the digestion of cellulose. Winged reproductives fly from an existing colony, pair and fly to new dry wood areas, enter a small hole in the wood, and start to form a colony. Colonies will contain up to 2,500 members.

There are some things a property owner can do to help prevent dry-wood termite infestation.

 Store firewood and lumber away from the house.
 Use 20-mesh screen on all windows and doors, and especially at ventilation openings for attics and crawl spaces.
 Exposed wood that is sealed with a uniform coating of paint, varnish or other sealant will help prevent easy access by dry-wood termites.
 Be sure to seal nail holes and cracks.