Workers of this species measure about 0.25 inch in length. Two closely related species are smaller. The winged females and males that swarm to start new colonies may measure up to 0.625 inch and 0.375 inch, respectively. 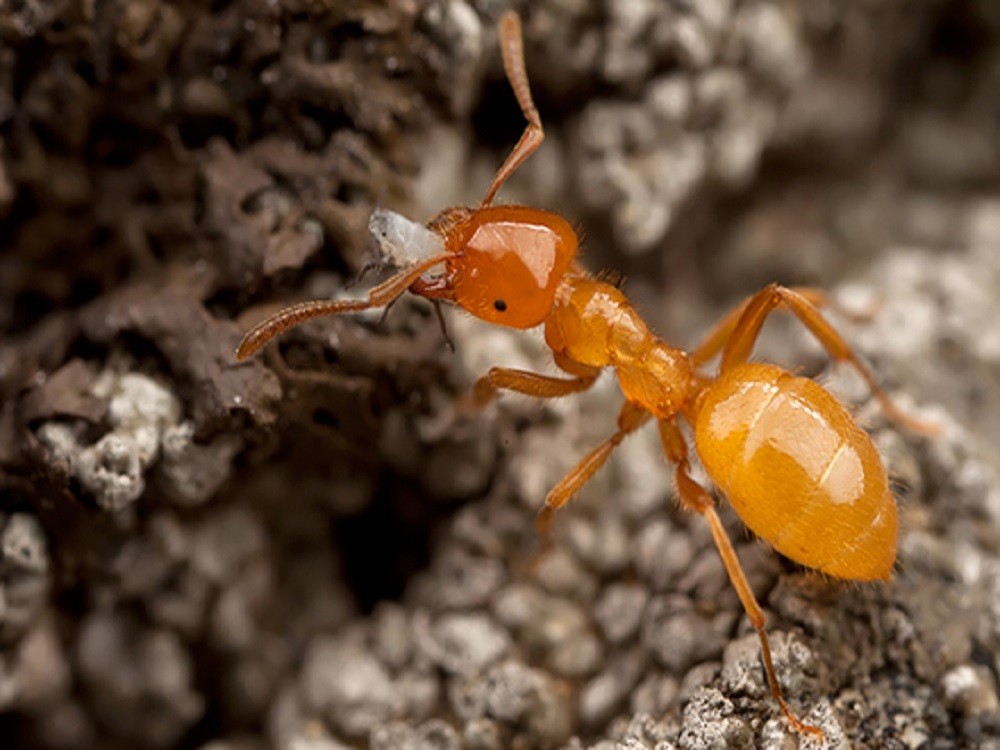 The citronella ant is actually named the “large yellow ant,” but it derives its nickname from the strong citronella odour emitted from its body. These ants are subterranean in nature. They feed on the honeydew produced by subterranean aphids and mealybugs, which feed on the roots of trees and other plants. The workers are not seen foraging in homes and buildings; rather it is the winged reproductives, called swarmers, that enter buildings in early- to mid-spring. These males and females enter the home from cracks in the foundation or through sub-slab heating ducts. The sudden appearance of hundreds of these swarmers is often disconcerting to homeowners. The swarmers also have the strong, characteristic citronella odour.

Citronella ants locate their colonies within the soil under items such as stones, logs and landscape timbers. They also may be found in the soil under mulch next to building foundations, or they may locate colonies in soil underneath slab floors and in crawl spaces.

Colonies do not require control unless the swarmers are entering the home or building. Even then, treatment may not be possible, because it is difficult to know exactly where the colony is located under the foundation. Sealing the cracks in the floor where the swarmers enter may stop the swarm from entering a home or building, but the ants may find other cracks. Any treatment will involve drilling and treating beneath the slab, thus requiring the services of an experienced professional.