The brown dog tick may reach nearly 0.25 inch in length. After taking a blood meal the female may measure about 0.5 inch or larger. 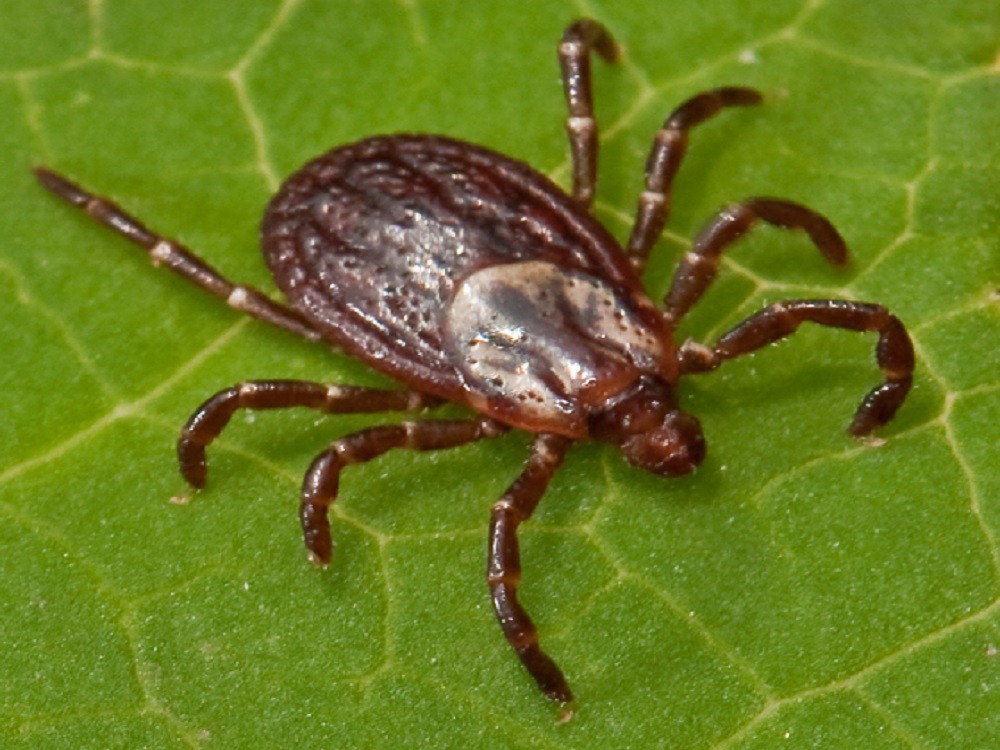 Brown dog ticks do not confine themselves to dogs, but will also attach themselves to many other animals and humans. On dogs, adult ticks are typically found on the ears and between the toes, while immature ticks feed along the dog’s back. Outdoors, a brown dog tick crawls up on grasses, shrubs and other vegetation, then attaches itself to a passing host, which may be a dog, deer, rabbit, person, etc. The brown dog tick is known for infesting homes after being carried inside on pets, usually dogs.

Indoors, a female may lay eggs in a crack and after a few weeks, hundreds of young ticks, called larvae, may be seen crawling about in search of a host. Usually, the ticks seek out a dog or cat, but may crawl onto and feed on humans in the home. Larval ticks and adults are capable of surviving long periods up to eight months without feeding.

Outdoors, wildlife, such as raccoons and possums, may be responsible for bringing ticks into a yard, or the ticks may crawl into the yard from a neighbouring property. The brown dog tick is important, because it is known to transmit diseases to humans. In addition, the threat of bacterial infection is possible at the site of any tick bite, and in rare cases may even result in blood poisoning.

Brown dog ticks are typically found in heavy vegetation and tall grasses where dogs and other animals have been active. In yards, the ticks are usually found around shrubs and in landscaped areas, but will also be found in dog houses and kennels and beneath decks (if the pet has access beneath it). Inside, the ticks drop off the pet after taking their blood meal and crawl into cracks around baseboards, door frames and window frames.

Ticks are notoriously difficult to control in and around homes. Repeated treatments are often required to finally eliminate the ticks. In some cases where wildlife may be continuing to reintroduce ticks to a yard, continued tick control services may be necessary.

Several factors need to be considered when controlling ticks:

 Regular treatment of dogs and possibly cats, for ticks, completed under the direction and care of a veterinarian.
 Regular inspection of cats and dogs and prompt removal of ticks; completed by pet owner using techniques supplied by a veterinarian.
 Removing or limiting the amount of thick vegetation on the property.
 Trapping and removing wildlife that is coming onto the property; completed by a qualified wildlife removal specialist.
 Treatment of vegetation where ticks are found outdoors; completed by a licensed pest control professional.
 Treatment of cracks and voids indoors where ticks are found to be active; completed by a licensed pest control professional.
 Patience may be necessary as repeat efforts are often required to produce satisfactory reduction of tick populations, especially outside.