Varies depending on species; usually 0.125 inch or smaller in size.

Depending on the species, the colour varies from tan to brown to creamy white. 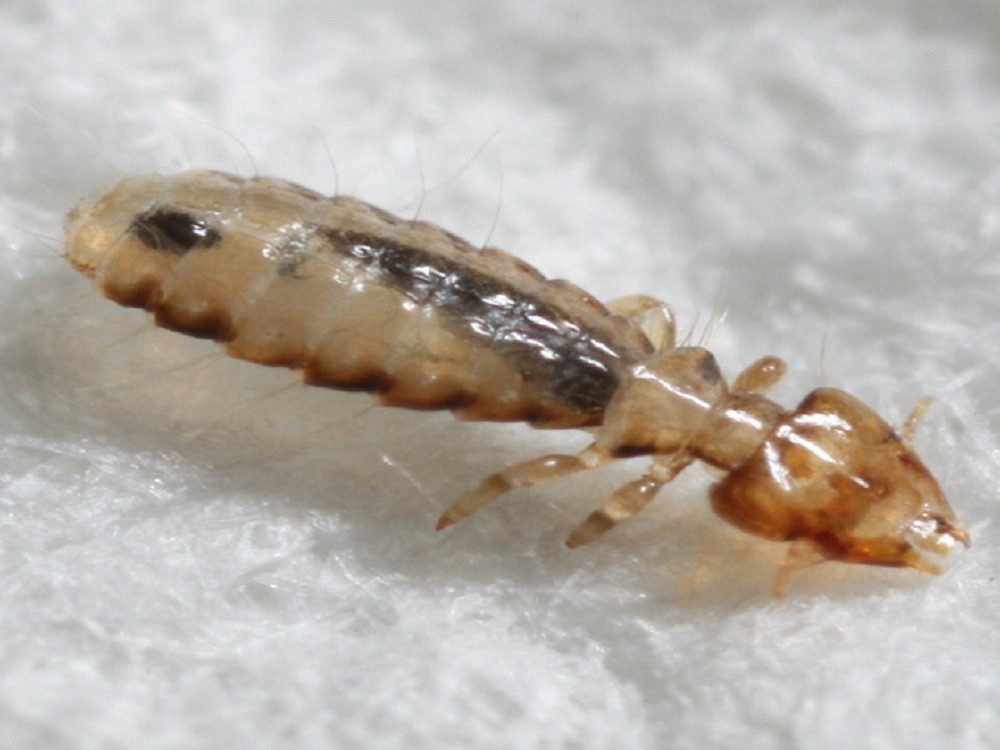 A number of species of lice infest various types of birds. The picture represented here is only one species. On farms, lice that infect poultry are known to sometimes become a problem in barns and they can bite humans who work with the birds. More commonly in homes and commercial buildings, lice that infest pest birds, such as pigeons and sparrows, may find their way into living spaces of homes. Although such lice are incapable of living off a human host, they have reportedly bitten people in a few, rare cases. Usually, one or more specimens are discovered on a windowsill, on the floor or possibly on a desk or table where they have exited the ceiling or wall and have dropped to die. Generally, such cases result from birds nesting in the attic, walls or on the outside edge of the building roof. Lice typically leave the bird’s nest and wander after the host birds have left. Occasionally, however, bird activity within a commercial building (e.g., a church bell tower) that has been allowed to persist can create an infestation of lice and other bird ecto-parasites to the point that some begin to wander in search of new hosts.

Like all lice, bird lice must remain on or very close to their hosts to survive. As a result, they can be found in association with bird nests located on or within a building.

Lice may be discovered in a building when they have wandering in search of a host. This situation is best handled by an experienced professional. Correct identification by an entomologist of the louse involved is key in determining the source of the lice. To control bird lice, the bird activity inside or on the building must be eliminated or prevented and all nest materials removed. Areas where nests are located often require treatment to eliminate any wandering lice. Additionally, wall voids and other voids may need to be drilled and treated, depending on the situation. Regardless of the situation, any louse that is found should be examined and identified by an entomologist to determine its type and thus its origin.